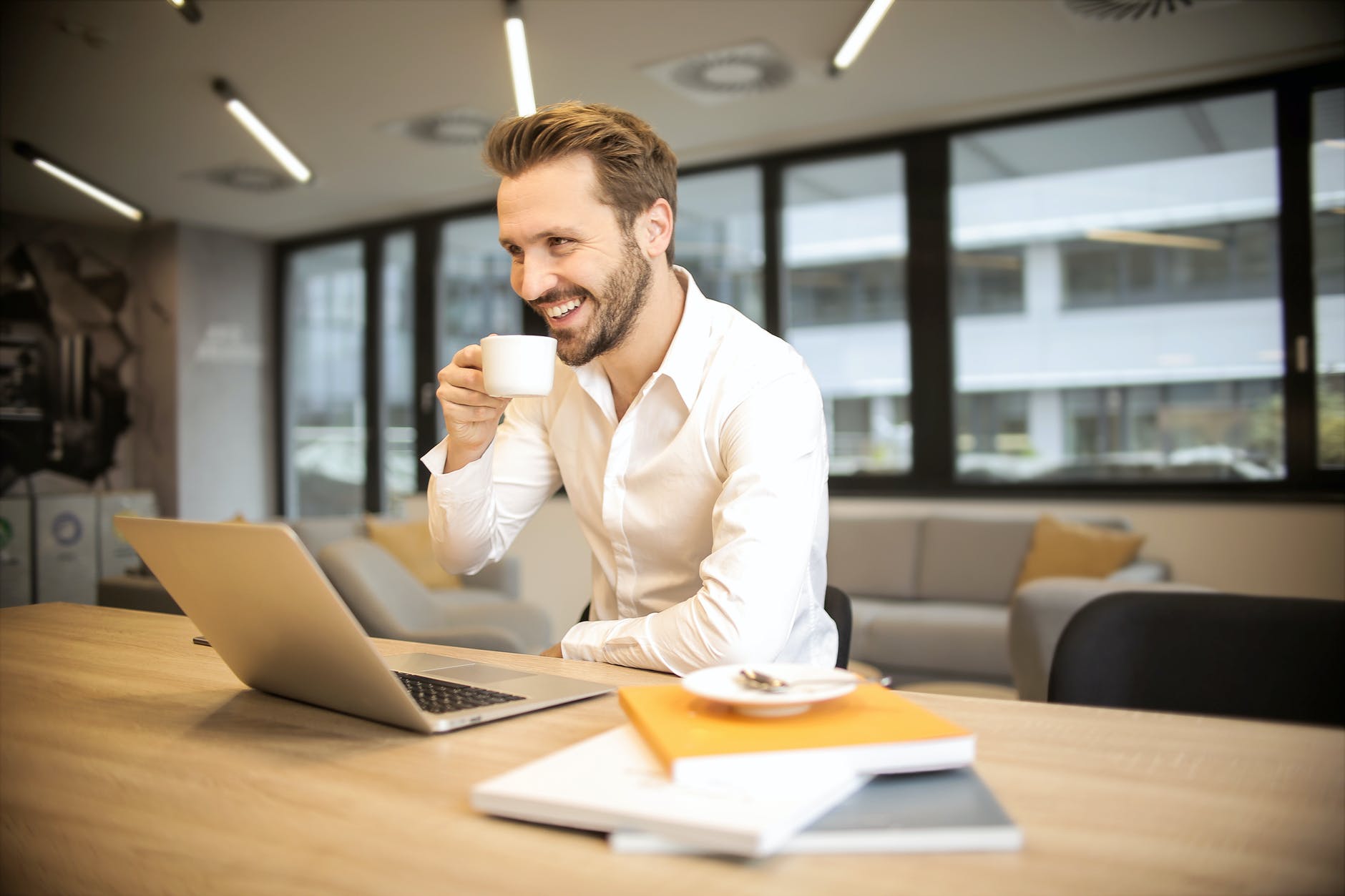 Your resume made the cut, and you had a promising first interview. Soon after, they called you back for a second interview, where you met all the Key Players. You felt pretty sure about this one – you liked what you learned about the company and the position, and you started picturing yourself doing that job. You clicked with everyone you met, and it seemed like they really like you.

Maybe you started fantasizing about resigning from your current job. You even let yourself start thinking about your new commute or better work hours or that annual bonus program they told you about.

At the end of your last interview, the hiring manager said they hoped to make a decision soon, and that you would probably hear back within the next week.

Then: A week goes by. Then maybe a few more days. You keep refreshing your email, to no avail. Nothing.

Did you misread their cues? You want to check in with them, but you don’t want to appear desperate or needy, or too anxious, but if you don’t, will they think you don’t care? You’ve been replaying the interview in your head, wondering what you possibly could have done or said that was “wrong”?

Here’s the deal: After multiple interviews, if they think you’re not a fit, you’ll hear back pretty quickly. So, if you haven’t heard back within a few days to a week, that likely means you’re still in the running.

So, what’s taking so long? There are a few possible explanations:

They’re still interviewing other candidates. Scheduling interviews always takes longer than everyone wants it to, but the fact is, coordinating everyone’s calendars is not always easy.

A key decision-maker hasn’t weighed in. Maybe they’re busy with another corporate priority, maybe they’re out sick or on vacation, but this one person has to be consulted about the hiring decision. (Trust me, the hiring manager and recruiter are also frustrated by this.)

They loved you, but there’s another finalist. Both of you were well qualified for the job, altogether delightful, and appeared to be a good fit. It’s a hiring manager’s dream! But, based on some factor beyond your control, they decided to proceed first with the other finalist.

But why weren’t you first choice? Could be any number of reasons. Perhaps the other candidate was referred by another employee. Maybe they bonded with the hiring manager because they both have Golden Retrievers, or went to the same university, or completed Tough Mudders last year. All else being equal, sometimes the most random tidbits end up factoring into an otherwise measured and impartial decision process.

If this is what’s going on, the employer is buying time to check references and extend an offer to the other finalist first. They might be going back and forth negotiating compensation or other factors. All of this takes some time.

But, until the other candidate accepts, the employer doesn’t want to cut you loose. If they decline it, then you’ll get an offer. You’re not hearing from them because the other finalist is taking a few days to consider the offer.

They are keeping you warm.

Do not feel insulted that they didn’t choose you first. Please resist the urge to stand on principle. You wanted that job, right? And you still want it? Then hang in there, if you can. Be patient. The delay doesn’t necessarily mean it’s a no.

Should you call? You may check in, but don’t pester. It’s ok to send one note (email, or text, if you’ve been invited to do so) to the hiring manager and/or the recruiter to ask how the decision-making is going, and ask if they need more information to help them make their decision. They probably don’t, but asking is a way to invite conversation, and to reaffirm your interest in the position. If their silence continues for longer than two weeks, then feel free to check in again, because that’s too long, and courtesy dictates that an explanation for the delay is not an unreasonable expectation.

In response to your overture, if you get a reply that’s something like, thanks for checking in, we’re still finalizing our decision and should be making our choice soon, and we’ll let you know either way – That is not necessarily a “no.” It means they’re still buying time.

Don’t pause your search while you’re waiting! You don’t want to miss out on other opportunities that may arise while you’re waiting to hear from this other job. What if you receive an offer from another employer? Then you could be in the position of keeping the first employer warm! Remember – this is a two-way negotiation.

Now, let’s say they finally get back to you. The message is that it was a difficult decision, but they decided to pursue another candidate whose background and skills were a better match for the position. They thank you for your interest in the company and wish you every success in your future endeavors.

They went with the other candidate. This sucks. It’s so frustrating. I’m sorry.

But I want you to know: This is NOT a reflection on you or your value or your qualifications. There was nothing you could have done “better.” It simply came down to the circumstance of you being a finalist with one other person who happened to apply for the same job opening.

I know that’s small comfort, especially if it’s happened to you more than once, but I want this to be a message of hope. Don’t give up! Your resume got you the interview, so you’re doing something right.

So: Buck up, li’l camper! Get back out there! Continue networking, keep scanning those job postings, don’t stop applying. The best candidates always land on their feet. Your next job is waiting for you! 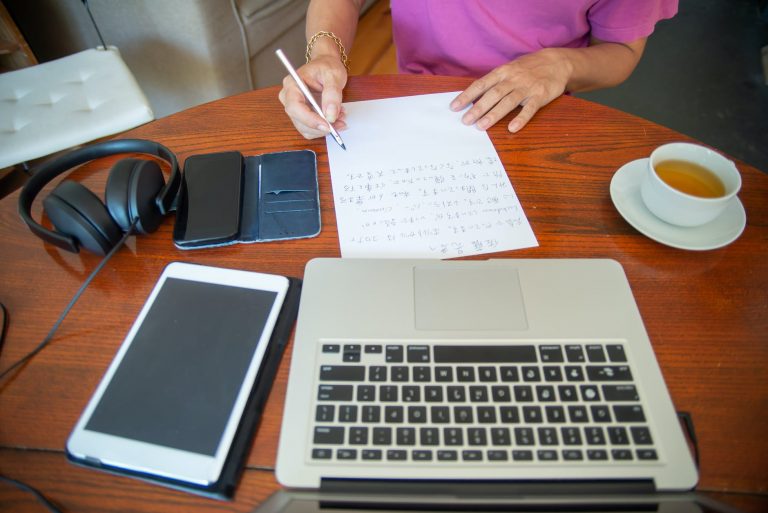 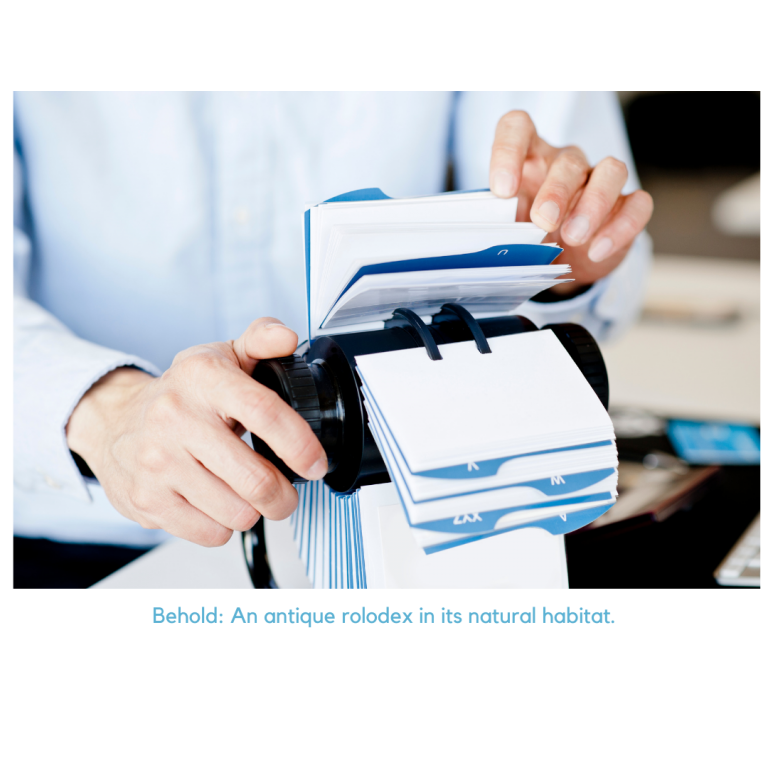 LinkedIn is so much more than just an on-line resume. One of its primary functions is as a digital rolodex. (Digital Natives may not know that a “rolodex” was a card file where you could arrange your contacts alphabetically and easily browse them using a knob.) Before LinkedIn, experienced professionals and senior executives often had…

We purchased a new dishwasher, and it was installed on Saturday. The installation tech asked me if I had some paper towels. I handed him a partial roll – plain white, no packaging. He remarked, “Oh, you use Viva. These are the best paper towels!” And we had a moment there in my kitchen, geeking… 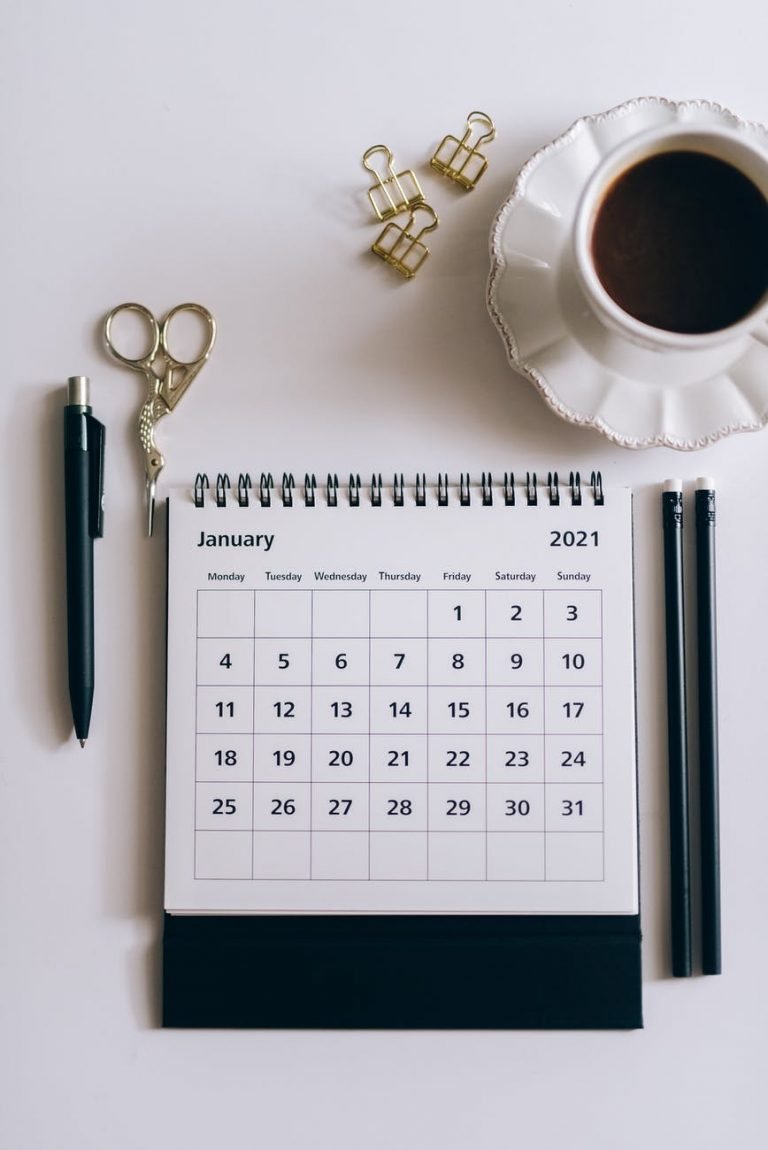 Is two weeks’ notice enough, or should I give more? -> A discussion around resigning from a job and the pros and cons of giving plenty (or too much) notice.